The before shot: full-coated alpacas from Yarnauwi and Whistling Pig mingle before their makeover.

Our alpacas Fidel and Ernesto have tolerated the heat for some weeks now, so there was general celebration when their shearing day arrived. Unfortunately, it also happened to be a searing, humid afternoon when we attempted to load them onto the trailer to transport them down the road to Delamere’s stunning Whistling Pig Farm where the shearers would meet us and clip our respective animals. In the past, we’ve thought of Fidel and Ernesto as compliant, if a little aloof, but that afternoon, with the sun beating down, they flatly refused to step aboard the trailer. We bribed, cajoled, pushed and persuaded in every way we could think of, but they just sat down in the grass, leaned against the trailer tailgate, and ignored us. Thankfully, the shearers were passing, and in a matter of seconds had them aboard on their way to Whistling Pig. 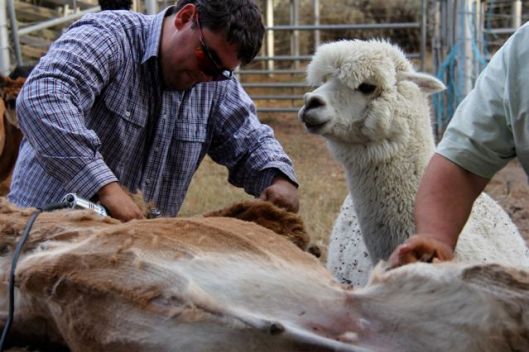 Aside from a crash-course in alpaca-handling, the day was to have a few more revelations. The shearers, the efficient team from Kobler, suggested that with their ample coats, our alpacas probably hadn’t been shorn in at least two years (they came to our farm in September 2014). In Fidel’s case the ample coat also hid another rare surprise: the possession of both male and female genitalia, an intersex alpaca! 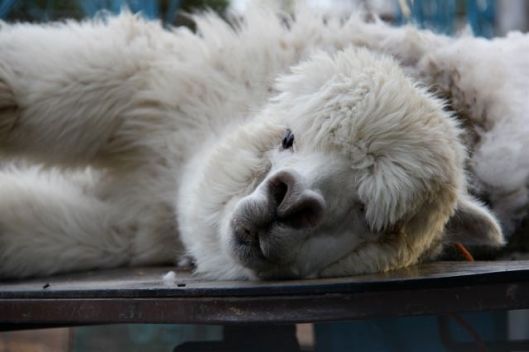 Ernesto relaxes on the shearing board.

Wool clipped, teeth and nails trimmed, they’re somewhat less intimidating, and significantly cooler than before their makeover. While the alpacas are now lighter on their feet, we also have a few garbage bags of alpaca wool to attempt to clean, spin and knit. 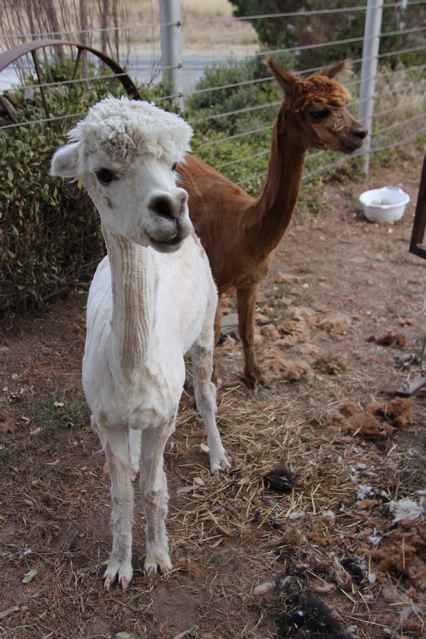 The after shot: Bambis with bulging eyes. 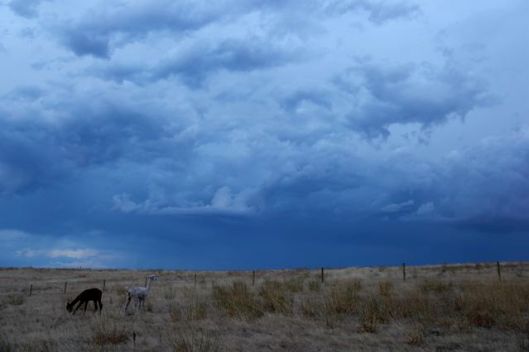 Back at the block.

One of Whistling Pig’s whistling pigs, unmoved by all the activity.

Thanks to Whistling Pig Farm for hosting us and our alpacas.