Some might consider Shark-mesh overkill for allowing rushes to regenerate.

In our first year of working on the farm, we really tried to practise the permaculture principle of long and thoughtful observation, but it always competed with our own impatience to see change. In that first flurry of clearing gullies and planting seedlings, I remember trawling the internet for before-and-after shots of other people’s reveg projects: something to help imagine a future for the block. Seasoned tree-planters told us we’d see real change in five years, the optimistic suggested three, others, fifteen.

Self-regenerating golden wattle (Acacia pycnantha) after two years, and protection from kangaroos. This wattle was one of four trees present on the entire property in 2012.

Now at the two year mark, we are noticing change. Removing cattle and fencing sensitive areas has allowed a fuzz of groundcover to begin growing over the barest of gullies. Fences have reoriented deer and kangaroo movement and grazing patterns. Some seedlings planted in the cold, soggy winter of 2013 appeared to die, but then surprised us by resprouting and growing at a cracking pace the following autumn. Other plants that were repeatedly pruned back to their tree-guard height by roos have invested their growing energy into roots and woody stems.

While a few eucalypts have chanced upon perfect locations and are now over a metre high, the most enthusiastic growers have been Kangaroo Thorns (Acacia paradoxa), surviving in a variety of locations and resisting the attentions of kangaroos. We’re excited about, but patiently awaiting, the emergent habitat value of paradoxa and the spotting of small, woodland birds for whom our present, open grassland is unsuitable.

Zephyr Creek was one of our earliest regeneration projects, named after the 1960s Ford that had been parked in the bottom of the gully. In its clean up, Zephyr Creek offered up several tonnes of steel, a couple of hundred tyres, a few bags of styrofoam and two golf caddies, perhaps AWOL from the adjacent resort. We pinned fallen timber along the contours of the newly exposed gully edge to stabilise it and have planted in and around the creek over two winters. With the gully banks settled and the seedlings now cresting their treeguards, this patch is evolving back towards woodland, helped along by ongoing weed control.

If you happen to be the type of person who engages in revegetation and like us, is keen for inspiration, we’ve compiled below a collection of photos of what some of our plants look like so far. We’re still learning that you can’t rush regeneration, and the most significant changes happen at the pace of the ecosystem, but sometimes looking back can be an inspiring way to continue looking forward. Happy and patient growing! 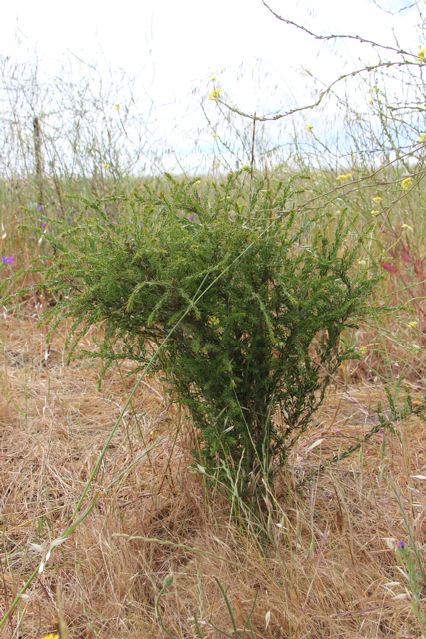 Melaleuca lanceolata, one and a half years since planting, two years since germination. Repeatedly grazed by roos, but now with thick, woody stems.

Eucalyptus camaldulensis (river red gum), one and a half years since planting, two years since germination. Munched by leafhoppers, but now stands at about 130cm.

Acacia pycnantha, one and a half years since planting, two years since germination. Repeatedly grazed by kangaroos.

Rhagodia candolleana (seaberry saltbush), one and a half years since planting, two years since germination. 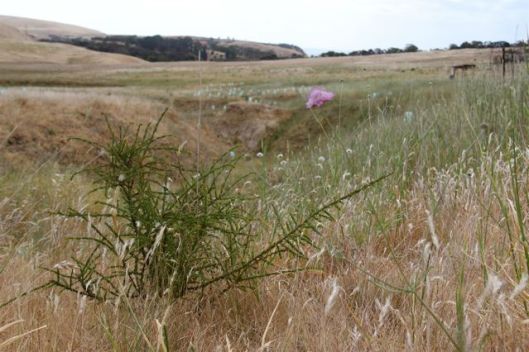 Acacia paradoxa (kangaroo thorn), one and a half years since planting, two years since germination. Spreading its branches after six months without a tree-guard.

Eucalyptus leucoxylon, (SA blue gum) one and a half years since planting, two years since germination. Now stands at 110cm.